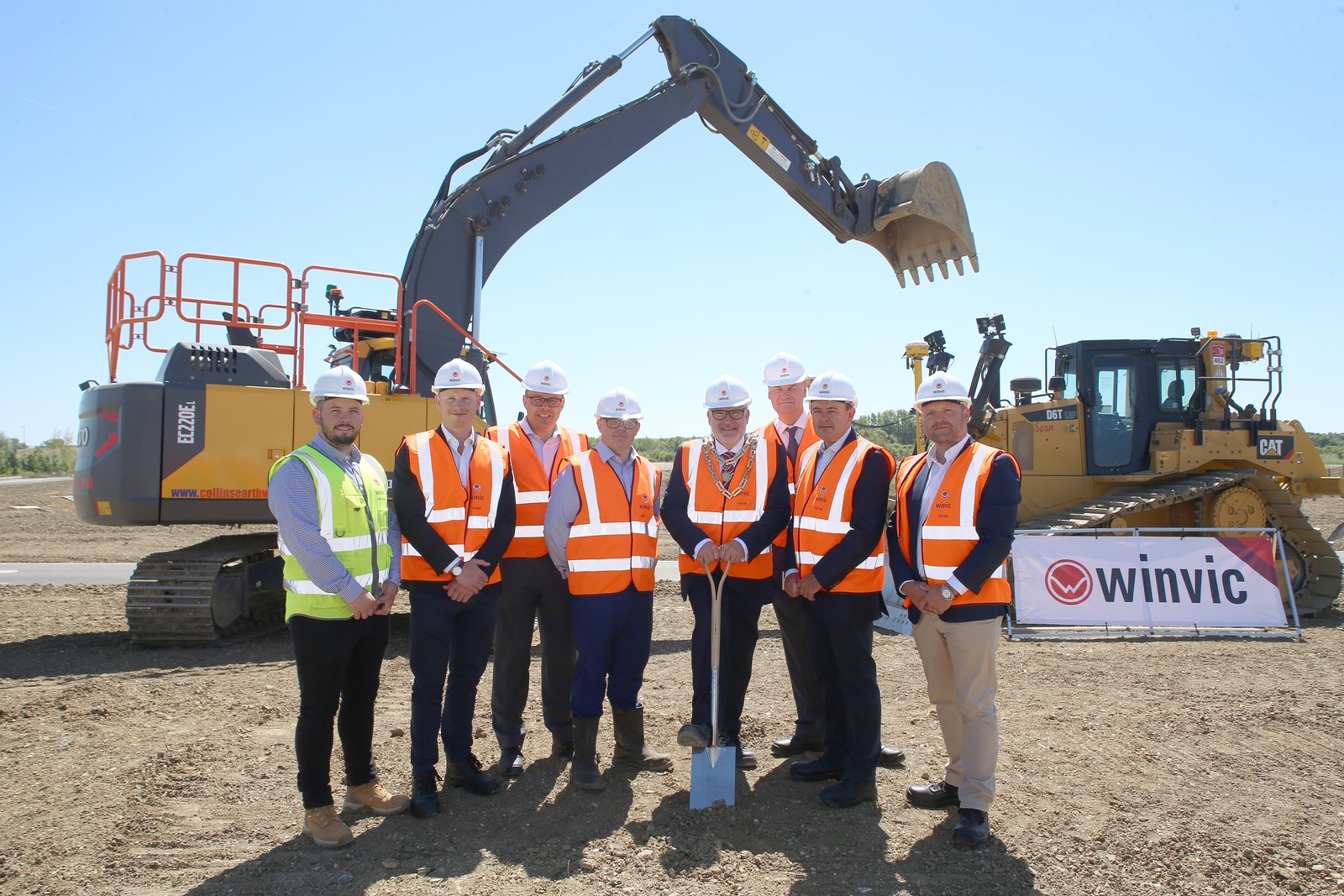 Work is officially underway at Bedford Link – a new 40-acre logistics park at Bell Farm, Bedford – as joint venture partners, LondonMetric and Graftongate  have broken ground on site to mark the start of construction of three new logistics warehouses. The three warehouses of 106,000 sq ft, 50,000 sq ft and 32,000 sq ft will be ready for occupation in early 2019. The buildings will represent the second phase of a wider development at the site to deliver c700,000 sq ft of modern logistic space and representing a total investment of c£70 million.

Winvic Construction is the appointed contractor, having successfully completed the first phase of works delivering the initial infrastructure to the site including a new road junction of the A428.

The ground breaking ceremony was attended by Bedford’s Liberal Democrat Mayor Dave Hodgson and the development and project teams from LondonMetric, Graftongate and Winvic Construction Limited.

Bedford Link Logistics Park is strategically located between the M1 (J13) and A1 and is expected to create an estimated 1,000 permanent jobs across a range of roles and sectors. Along with a significant number of further jobs provided during the construction and fit out of the warehouses, which become ever more sophisticated.

Winvic’s Project Manager for the scheme, Sam Vickers said “Having completed the initial infrastructure works, we are delighted to commence construction of the three units and we are on track for completion at the beginning of 2019.”

“Having completed the initial infrastructure works, we are delighted to commence construction of the three units and we are on track for completion at the beginning of 2019.”

Development Director, Jamie Hockaday of Graftongate said: “We are very encouraged by the level of occupier interest that has been received to date, which we believe is testament to the quality of the scheme, recognition of Bedford as a location and Bedford Borough Councils ‘open for business’ attitude for growth.”

The Mayor of Bedford, Dave Hodgson said: “This welcome investment is further recognition of Bedford Borough’s status as a strategic location for business.  There was a lot of interest in this site which demonstrates its attractiveness and its very favourable location. I look forward to the completion of the construction work and the many jobs that will be created for local people.”