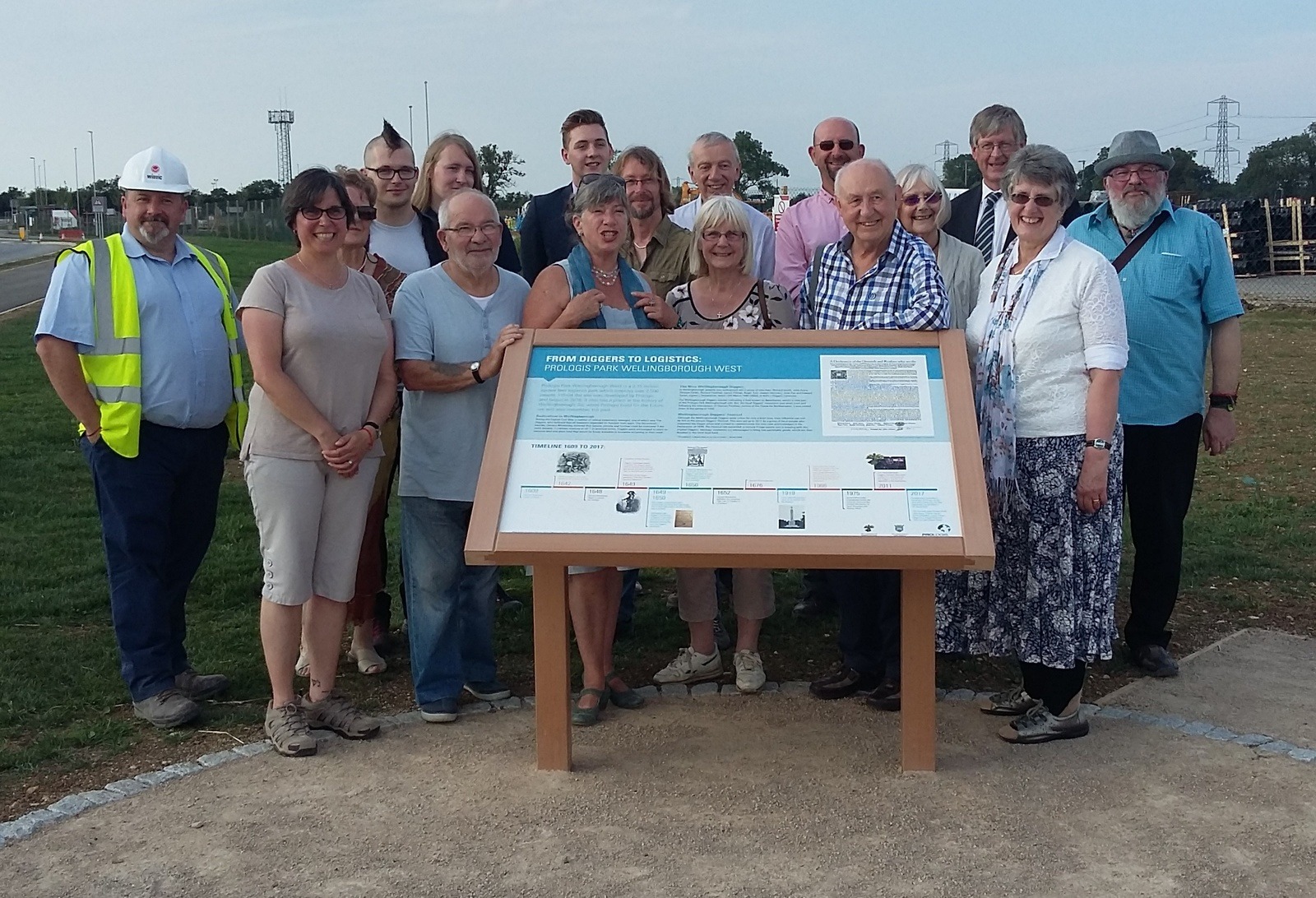 A GROUND-BREAKING ceremony has heralded the next phase of work being undertaken by Winvic on Appleby Lodge, Prologis Park, Wellingborough West in Northamptonshire.

The pre-let of a 379,000 sq. ft. warehouse unit to Yusen Logistics has led to us being contracted by Prologis to build this Grade A industrial space at Appleby Lodge.

It follows on from our completion of work to develop the site’s infrastructure and an earthworks programme to create the first two development plateaus.

Prologis Park is a logistics/industrial development of up to 2.15 million sq. ft. which is being developed on the site of the former Appleby Lodge Farm.

Only half a mile from the A509 and within easy access of the A45, A14 and M1, it’s a prime location offering excellent connectivity to the transport network.

We have had early contractor involvement in this project, assisting Prologis in the discharge of planning and design work over a two-year period.

Now, the 36-week programme to construct Zone A for Yusen Logistics means that we continue to figure prominently in the site’s development after undertaking 42 weeks of work last year to create the infrastructure and development plateaus.

Frank Hayes, Project Manager at Prologis Park, confirmed that the steel frame was now going up and the project was on track for completion by the end of the year.

In addition to the ground-breaking ceremony, two other events have been held to highlight our commitment to the local community as a considerate constructor.

There was the official unveiling of a dedicated amenity area for the Wellingborough Diggers and Civic Societies, who previously used the Bareshanks field at the farm as allotments to grow vegetables and other food produce for local people in need.

We worked with Prologis on creating this special area with an information board and bench to commemorate the Societies’ work and history dating back to the 1600s.

Another presentation involved Frank Hayes handing over a defibrillator to the Wellingborough Old Grammarians Sports and Social Club which is adjacent to Prologis Park.

“We pride ourselves on being a considerate constructor and an important part of that commitment is making a difference to the communities in which we operate,” said Frank.

“Having a close association with local people and giving something to the community certainly creates a better understanding of what we are aiming to achieve.”