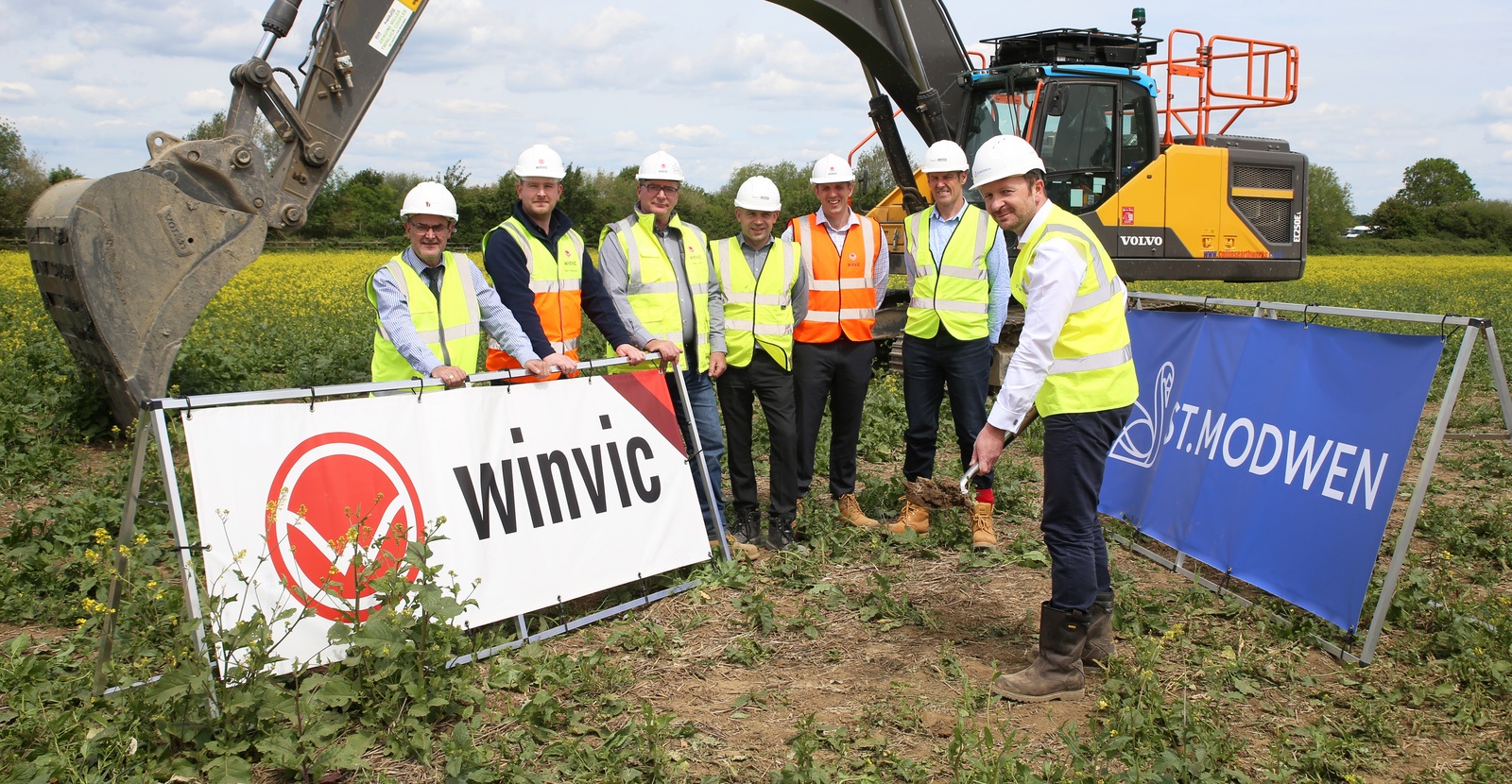 St. Modwen Park has started work on the first phase of its 935,000 sq ft industrial and logistics development in Gloucester, marked by a ground-breaking ceremony on site.

The ceremony was attended by Senior Construction Manager for St. Modwen, Richard Bailey, as well as representatives from St. Modwen’s Principal Contractor which was awarded the contract, Winvic Construction Ltd.

Adjacent to junction 12 of the M5 motorway, the first phase on site – including three units totalling 173,413 sq ft – is expected to complete in December 2019, with the potential to support approximately 230 jobs when occupied.

In addition to the first three speculative units on site, St. Modwen will deliver a rolling programme of development to reflect market conditions and can deliver build-to-suit facilities of up to 400,000 sq ft, offering flexible warehousing space for businesses looking to move to the site’s prime location.

Pete Davies, Development Director at St. Modwen, said: “We are delighted that work at St. Modwen Park Gloucester is now fully underway, and the ground-breaking ceremony marks the next milestone in the successful regeneration of the site. Demand for high-quality logistics space with excellent links to the M5 motorway is the driving force behind this building programme, which will allow us to bring significant jobs and inward investment to Gloucestershire.”

National construction company, Winvic Construction Ltd is the appointed contractor for the scheme.

Ben Shearman, Operations Manager for Winvic said: “We are thrilled to be working with St. Modwen again and we are looking forward to delivering the first three units at St. Modwen Park Gloucester at the end of the year. Winvic takes pride in its record of project delivery to industry-leading standards and will ensure we deliver a first-class scheme.”

St. Modwen Park Gloucester is one of three St. Modwen sites in Gloucestershire alongside the £22 million Gateway 12 Business Park and £150 million mixed-use scheme at Littlecombe in Dursley.