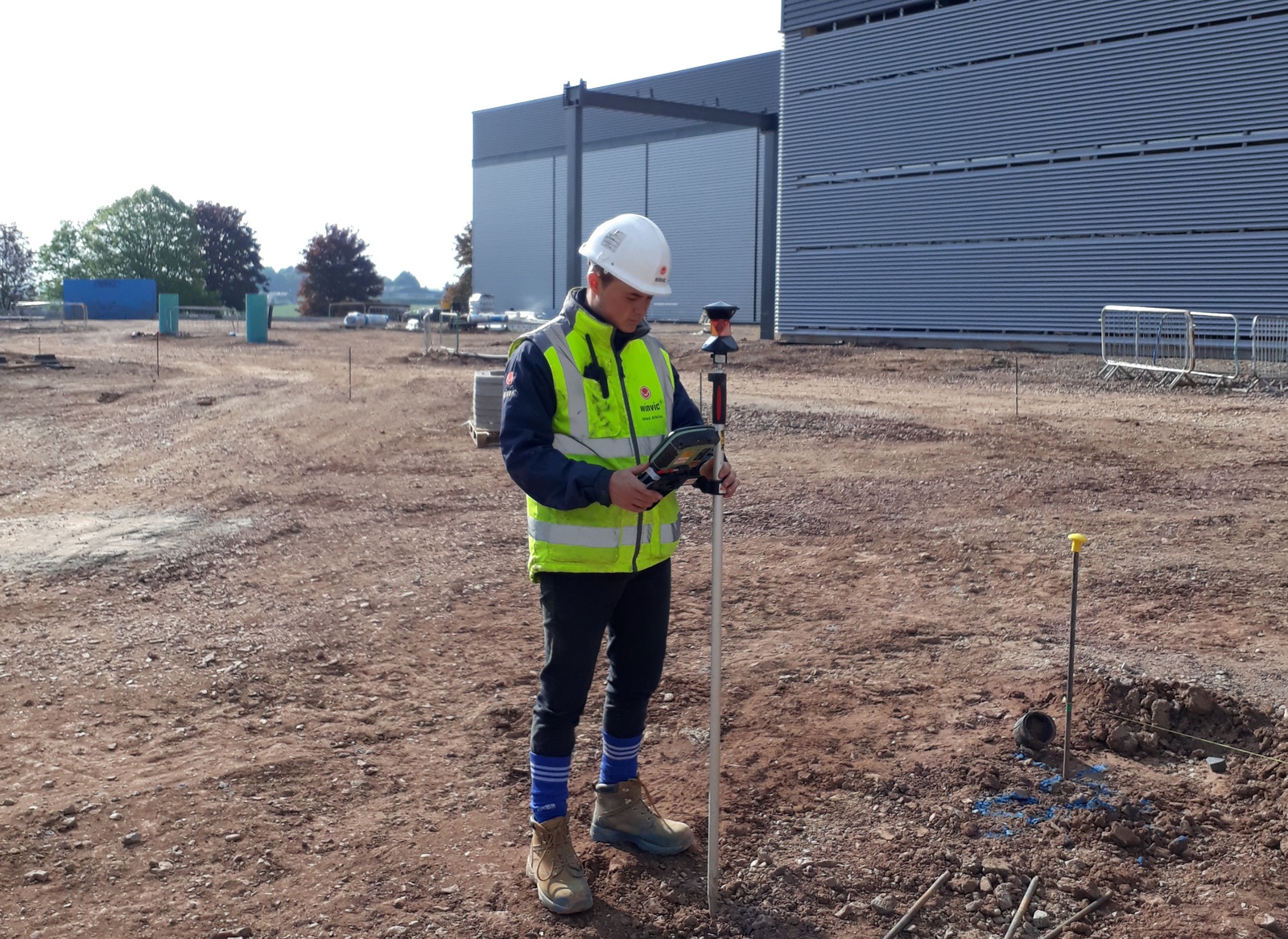 It was almost two years ago when we asked Jared Atkins to write a blog for us about his experience as an apprentice at Winvic, and since then his career has been going from strength to strength. Not only has he been promoted from a Trainee Engineer to a Junior Site Engineer, but he’s almost finished his Level 4 and Level 5 HND Apprenticeship in Construction and the Built Environment on the Civil Engineering pathway. He already has his sights set on an undergraduate degree in Civil Engineering and as it’s National Apprenticeship Week, we asked him to give us an update…

“When I wrote a blog in May 2019, I was working at the £44 million Meggitt manufacturing and testing facility at Ansty Park. Since then I’ve helped to deliver three more industrial units in Northampton and I’m currently working on another large warehouse in Leeds. I have learned so much in the last couple of years, it’s unbelievable to think about how much I’ve changed and grown professionally and personally over that time. My experience at Panattoni Park in Northampton felt very different from Coventry because the facilities weren’t being built for specific tenants and we were constructing three structures sequentially. This meant we completed the foundations for one, moved on to the second and the third, then circled back to the first unit for the next stage in the programme. 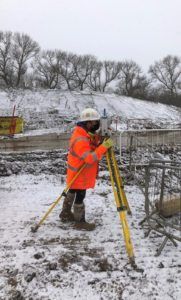 “It was during this project when the first Covid-19 lockdown happened too, so we all had to adjust to new safe working practices. It did feel strange at first, but because we had a tight team it wasn’t difficult to get on with things. My duties increased around this time as well and I was given the title of Junior Site Engineer, which was a bit of a surprise, but I was told they wanted to recognise and reward my hard work. I became more responsible for liaising with various subcontractors and learned much more about site management tasks – I’ve found when you understand the many different roles on a site, it really helps me to do my job better. My mentor and the experienced team members obviously know this and that’s why they have made sure I’ve been given every opportunity. The more I did, the more I began to feel less nervous and a few people commented on how much more confident I appeared when interacting with people.

“This scheme was handed over in September 2020 and I next headed north to work on a 465,000 sq ft industrial warehouse in Leeds. Once again, I was faced with completely new challenges and the first part of the programme comprised demolition of a water treatment centre and remediation of the land. These works and the subsequent condition of the ground had to be signed off and it was one of my roles to work closely with the external verifiers. I found this very interesting and acquired lots of geotechnical knowledge. Currently we have about half of the deep drainage installed and we’re ready to start the piling works. This building is pretty exciting for me as it has three mezzanine floors, plus the scheme has an absolutely huge yard, so again there is going to be so much new information for me to absorb and hands-on experience to be had.

“For anyone who is currently thinking about a career in construction, I think an apprenticeship route is amazing. I learn much more on site than in the classroom, and it’s only when I get hands-on that my studies come to life and click into place in my brain. For example, I recently covered ground investigation in a module and it only fully made sense because of working directly with geotechnical experts. Of course, everybody is different, but learning through experience works best for me. Mostly I think this is because I love the freedom of being outside, can ask questions to various team members, really make great friends and no two days are the same.

“That’s not to say I don’t enjoy my one day a week in college and my degree in Civil Engineering – which I should be starting in the next academic year – will follow the same schedule. The advanced structural engineering and advanced maths I’m covering at the moment are the hardest modules so far, but thankfully I still find the subjects fascinating so I always feel motivated. I just feel so lucky to have the support of an enthusiastic and experienced mentor – I’ve worked closely with senior engineer, Mark Sui, throughout every project – and that nothing can hold me back.”