Posted on September 4, 2018 in Office & Commercial 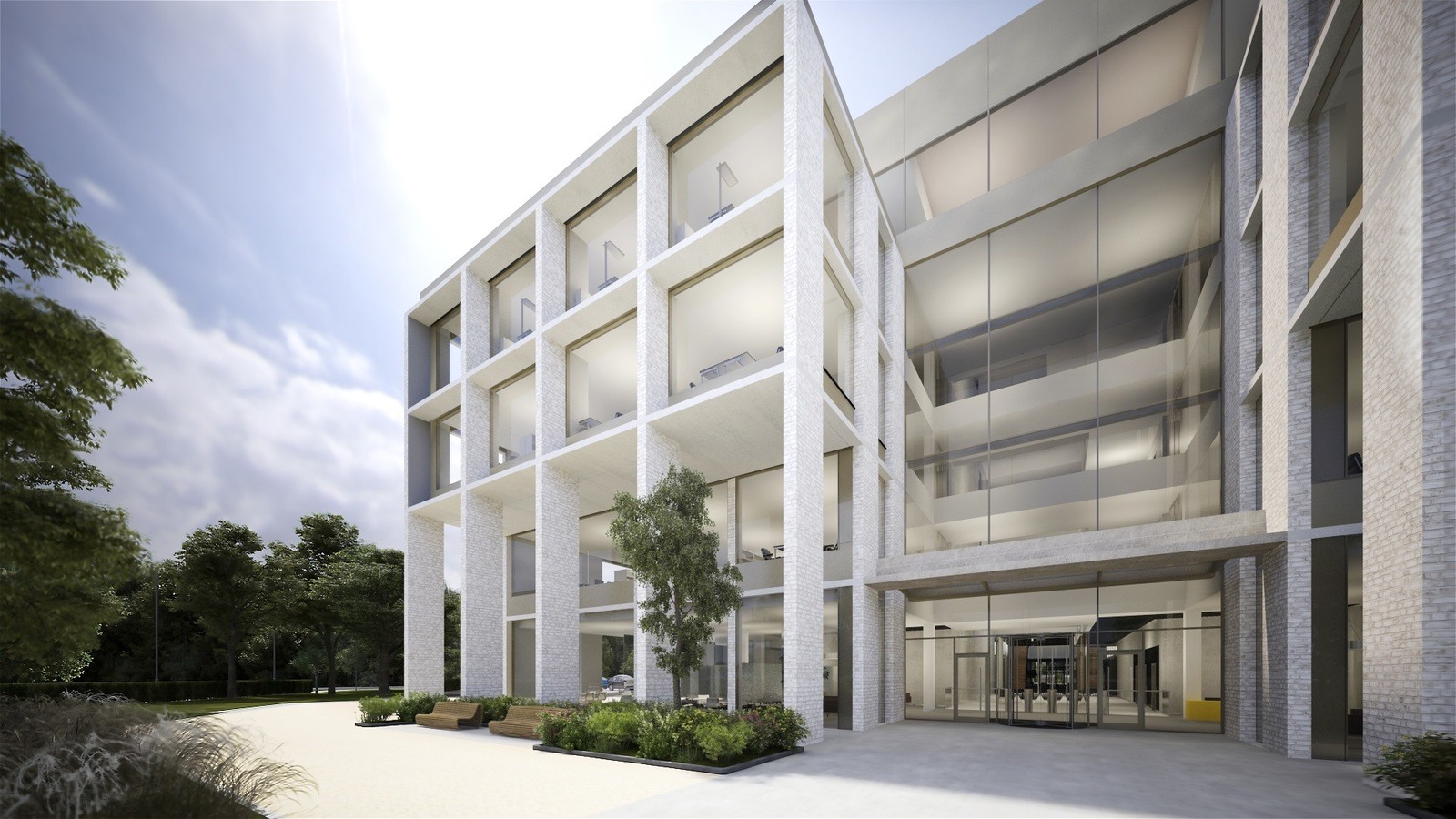 Main multidisciplinary contractor Winvic Construction Ltd has secured the contract to build a new UK headquarters in Tolworth for Lidl. The 250,000 sq. ft. building will be just five miles from Lidl’s current HQ in Wimbledon and is expected to take two years to complete.

“We are delighted to confirm the appointment of Winvic, to construct our new headquarters. It is a company much like Lidl, with ambitions of continued growth and exacting standards; we have every confidence that the building will be delivered with the same passion as the other Lidl developments Winvic has completed and is currently undertaking.”

Northamptonshire based Winvic has been appointed based on their extensive experience across a wide range of sectors, its 100 per cent record of on-schedule delivery and their successful completion of Lidl’s UK Distribution Centre in Exeter. Distribution Centres are also underway in Motherwell and Doncaster.

While the main contractor has made its reputation as the UK’s leading ‘shed specialist’, it has enjoyed sustained growth in the retail, PRS and civils sectors as well as constructing individual large commercial offices and whole business parks.

Lidl’s UK growth and future predicted market success has led them to outgrow their current site and a greater need for space to support its employees; the new facility will generate further jobs, a boost to the Royal Borough of Kingston upon Thames and will help to support the supermarket’s expansion across the country.

Winvic Director, Danny Nelson, commented: “Securing the Lidl Headquarters contract is in part testament to Winvic’s ability to exceed client expectations. We are delighted that the supermarket giant wants to now benefit from our commercial project expertise, following Winvic’s completion of its Exeter distribution warehouse in 2017. The larger office space that will allow Lidl to grow its business even further, will be ready for occupation in two years.”

Ingo Fischer, Lidl UK Board Director for Expansion and Development, added: “We are delighted to confirm the appointment of Winvic, to construct our new headquarters. It is a company much like Lidl, with ambitions of continued growth and exacting standards; we have every confidence that the building will be delivered with the same passion as the other Lidl developments Winvic has completed and is currently undertaking.”

People will be able to watch the development of the Lidl UK Headquarters in Tolworth on Winvic’s website – www.winvic.co.uk – after work has commenced in September.

About Winvic
Winvic Construction Ltd is a privately owned multidisciplinary main contractor that excels in the delivery of construction projects on a national scale for a growing number of blue chip clients.

Winvic is widely known as the UK’s leading ‘shed specialist’ and it now has an equally strong reputation for delivering office and commercial projects. In recent years, the multidisciplinary main contractor has also been making a name for itself in the multi-room sector and it is now regarded as an authority specialist sustainable builds and retail and leisure schemes. Services include:

Please visit Winvic’s website’s project pages to learn more about some the exciting construction and fit-out projects Winvic has delivered across the areas of multi-room, industrial, commercial, education and civils.

Since establishing itself in the UK in 1994, Lidl has experienced continuous growth in Great Britain and today has over 22,000 employees, 710 stores and 12 distribution centres in England, Scotland and Wales. As part of the Schwarz retail group, Lidl is one of Europe’s leading organisations in the food retail industry. With a presence in 30 countries around the world, the supermarket, which has more than 260,000 employees globally, currently operates approximately 10,500 stores and more than 150 distribution centres in 28 countries globally. The family supermarket takes pride in providing its customers with the highest quality products at the lowest possible prices throughout Great Britain, from Kirkwall to the Isle of Wight. Social responsibility and sustainability are at the core of the company’s daily operations, with the company placing a strong emphasis on its responsibility for people, society and the environment.  Lidl UK is passionate about working with British producers and sources two thirds of its products from the UK, working with suppliers across the British Isles wherever possible.

The Schwarz Group (Kaufland, Lidl) has been Europe’s largest food retailer since 2014 and generated a turnover of €96.9 billion in financial year 2017. For more information about Lidl UK visit www.lidl.co.uk.