Posted on September 23, 2021 in Civils & Infrastructure 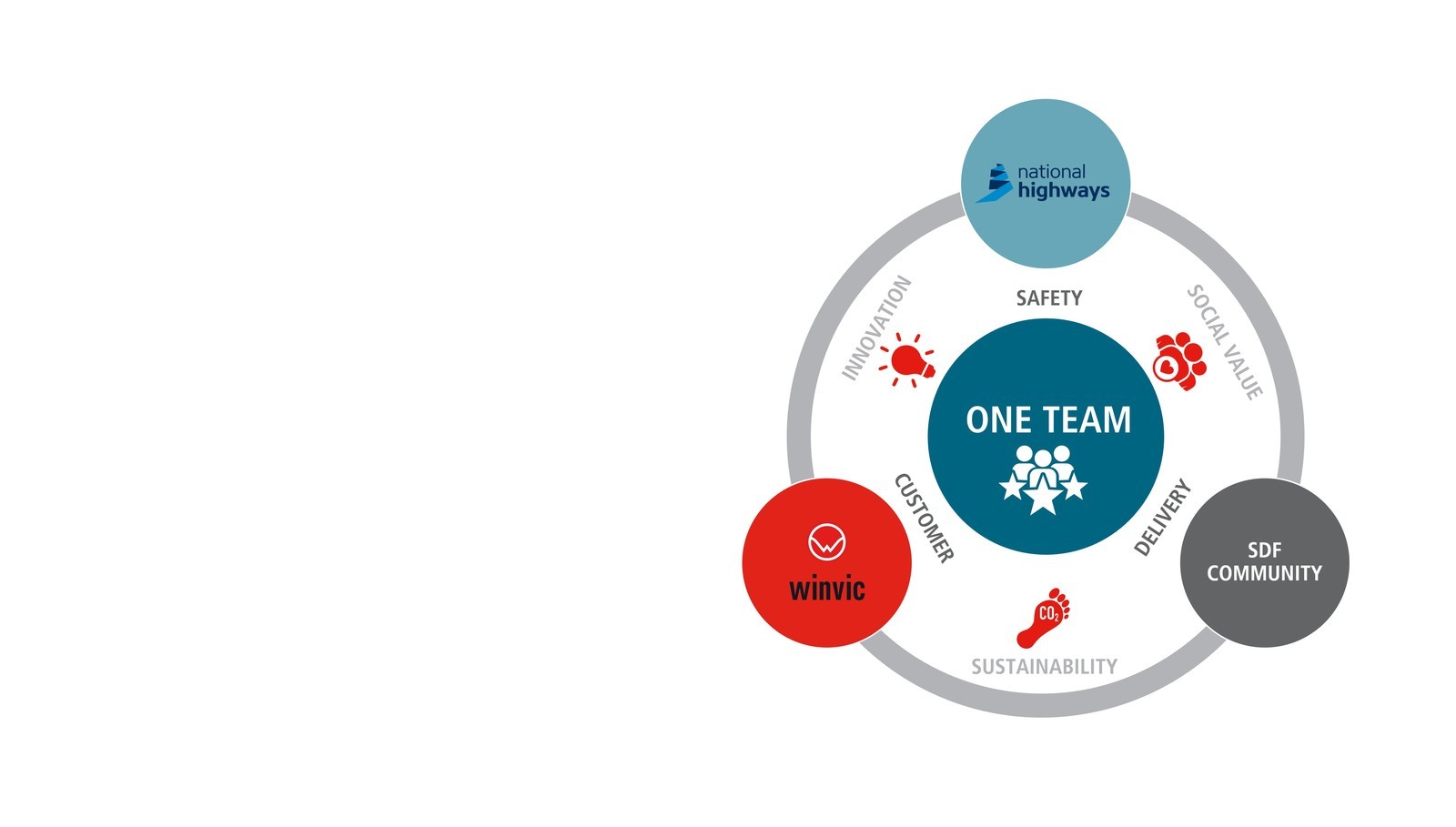 Following Highways England’s rebrand to National Highways and its recent announcement to change its current contract mechanisms, Winvic Construction Ltd has been awarded two Lot contracts across four regions within the new Scheme Delivery Framework (SDF). Winvic is one of 50 contractors to deliver £3.6 billion of road renewal works on England’s motorways and trunk roads over the next six years.

The leading main contractor that specialises in the design and delivery of multi-sector construction and civil engineering projects, has worked closely alongside and for National Highways on a number of occasions. This includes extensive liaison relating to the construction of a new railway bridge over the A5 at Prologis’ DIRFT III, delivering S278 agreement works that facilitated IM Properties’ Hinckley Park and working collaboratively on two Nationally Significant Infrastructure Projects (NSIPs) for SEGRO, where delivery of the Strategic Rail Freight Interchanges (SRFIs) and highways improvements works ran concurrently and adjacently to the M1 Smart Motorway Project (SMP). However, this six-year appointment which started on 21 September marks the start of an even stronger working relationship where Winvic will be helping to keep England’s major A roads and motorways running safely and smoothly.

The two lots awarded to Winvic within Band C are Lot 8 Structures, Waterproofing and Expansion Joints and Lot 10 Structures, Structural Services & Concrete Repairs. Winvic will be undertaking works in these programme areas across the south east, east, north west and north east.

Social value was inherent throughout the procurement process, ensuring that suppliers are measured on their contribution and impact socially within each region. Plus, the SDF supports the delivery of National Highways’ decarbonisation, sustainability and environmental ambitions across its renewals programme. Winvic – with its robust environmental credentials and commitment to making positive and long-lasting changes to communities in which it works – was therefore in a strong position during tender process and now the main contractor has been selected, it is not only looking forward to delivering works, but also supporting local people and being a part of a greener highways strategy. Critically, Winvic will be promoting its one team working approach in the SDF and aligning with National Highways Key imperatives, Safety, Customer and Delivery.

Rob Cook, Winvic’s Civils and Infrastructure Director, said: “Winvic has built a strong relationship with National Highways over a number of years, not least through the complex collaborations at SEGRO Logistics Park East Midlands Gateway and then SEGRO Logistics Park Northampton, where we remain on site and undertake weekly, if not daily interfaces. Therefore, working on more significant National Highways renewal projects is a natural progression for us due to our expertise in highways works involving structures, through both S278 agreement works and on vast industrial and infrastructure schemes. We couldn’t be more pleased that National Highways has the utmost confidence in Winvic to deliver over the six-year period, aligning with its key imperatives and focusing on building a one-team collaborative working relationship in the SDF. Whether it’s going above and beyond to reduce disruption to road users, getting involved in local initiatives that make a difference to local people’s lives or simply ‘Doing It Right’, our visions are aligned, and we look forward to delivering the first programme of works safely and swiftly.”