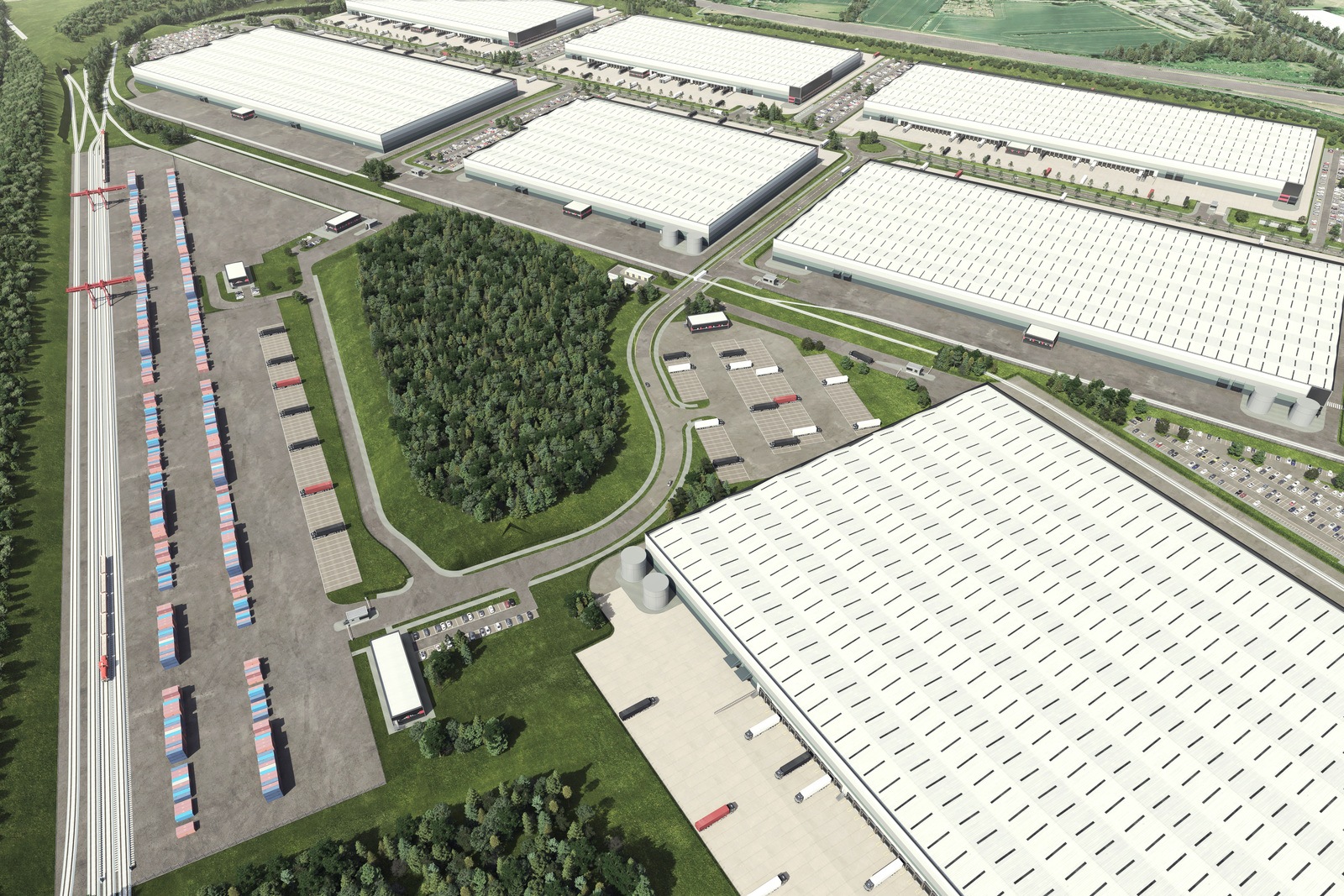 Winvic Construction has reached the next infrastructure project milestone at SEGRO Logistics Park Northampton Gateway and is beginning the programme of works for the strategic rail freight connection.

The works that enable the connection to the Northampton loop of the West Coast Mainline will begin with stripping the topsoil and significant earthworks. Also, ground excavations will begin for the building plateaux, estate roads and the 170-metre reinforced concrete tunnel, which will screen the trains after departing from the terminal. Foundations will be laid for the concrete walls and pre-cast beams will be installed before the structure is buried with earth and landscaped. By August, one million m3 of material will have been moved by Winvic to facilitate the 35-acre Strategic Rail Freight Interchange (SRFI) meaning drainage installation, service connection and subgrade preparation can begin. This programme comprises the pouring of the concrete slab and the construction of a 70-degree, 1.2km bund – utilising a mechanically stabilised earth wall method – which screens the SRFI. 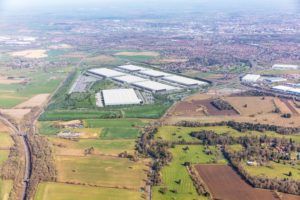 To coincide with this latest project milestone, new CGI images have been released showing for the first time how the development will look once complete. The 450-acre state-of-the-art multi-modal logistics development will be home to five million square feet of modern sustainable warehouse space and logistics facilities. Strategically located next to junction 15 on the M1 motorway, the first plots are expected to be available to build upon later this year. As part of the development SEGRO is investing £190 million into infrastructure, including the new SRFI and significant improvements to the surrounding road network. 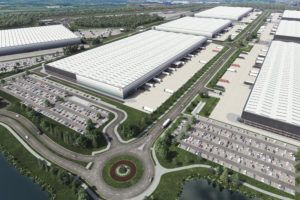 Winvic has been on site since Summer 2020, conducting enabling works for SEGRO, which have included ecology, archaeology and geotechnical site investigations. Activities that have been undertaken since January have comprised demolition of existing unsafe buildings, ecological improvements – such as hedge translocation – exploratory service digging and service diversions. The initial earthworks at Junction 15 of the M1 and the A508 access roundabout and dualling have commenced as well as ground investigations for the new Roade bypass. Earthworks involve stripping, preserving and storing the topsoil so that it can be reused, excavating the balancing ponds and also creating plateaux for the distribution units.

Rob Cook, Winvic’s Director of Civils and Infrastructure, said: “As we very much expected – due to our long-standing relationship with SEGRO on projects of this size and nature – the programme of works at SEGRO Logistics Park Northampton Gateway have been progressing well. There has been a lot of activity across the site since January but this next phase will really start to shape the landscape, particularly with works starting on the 1km bund that screens the SRFI, the 170-metre long landscaped tunnel and the terminal slab. Winvic is looking forward to continuing close liaison with stakeholders – from community groups through to Highways England – and hitting the next major milestones. I’d like to congratulate our site team for their hard work to date, proving that embracing a one-team approach leads to success.”

Andrew Pilsworth, Managing Director, National Logistics at SEGRO, said: “The World Economic Forum estimates that nearly a quarter of the UK’s population is expected to permanently change the way they shop following the pandemic and it is thought that e-commerce could rise from 19.2% to 53% by 2028. It will only be possible for people to buy more goods online if they choose to and to have them delivered in a timely manner if we continue to develop high quality warehouse space in the right locations, such as SEGRO Logistics Park Northampton Gateway. At this site we will also have the added benefit of the rail freight terminal which will enable these goods to be transported around the country in a more sustainable way.”

The infrastructure improvements are being delivered in partnership with Highways England, Network Rail and local authorities, and are anticipated to be complete by the end of 2023. When complete, the site will also include over 80 acres of parkland and amenity grassland, 18km of footpaths, 20km of hedgerows and the planting of 60,000 new trees.