Posted on December 15, 2021 in Awards & Accreditations 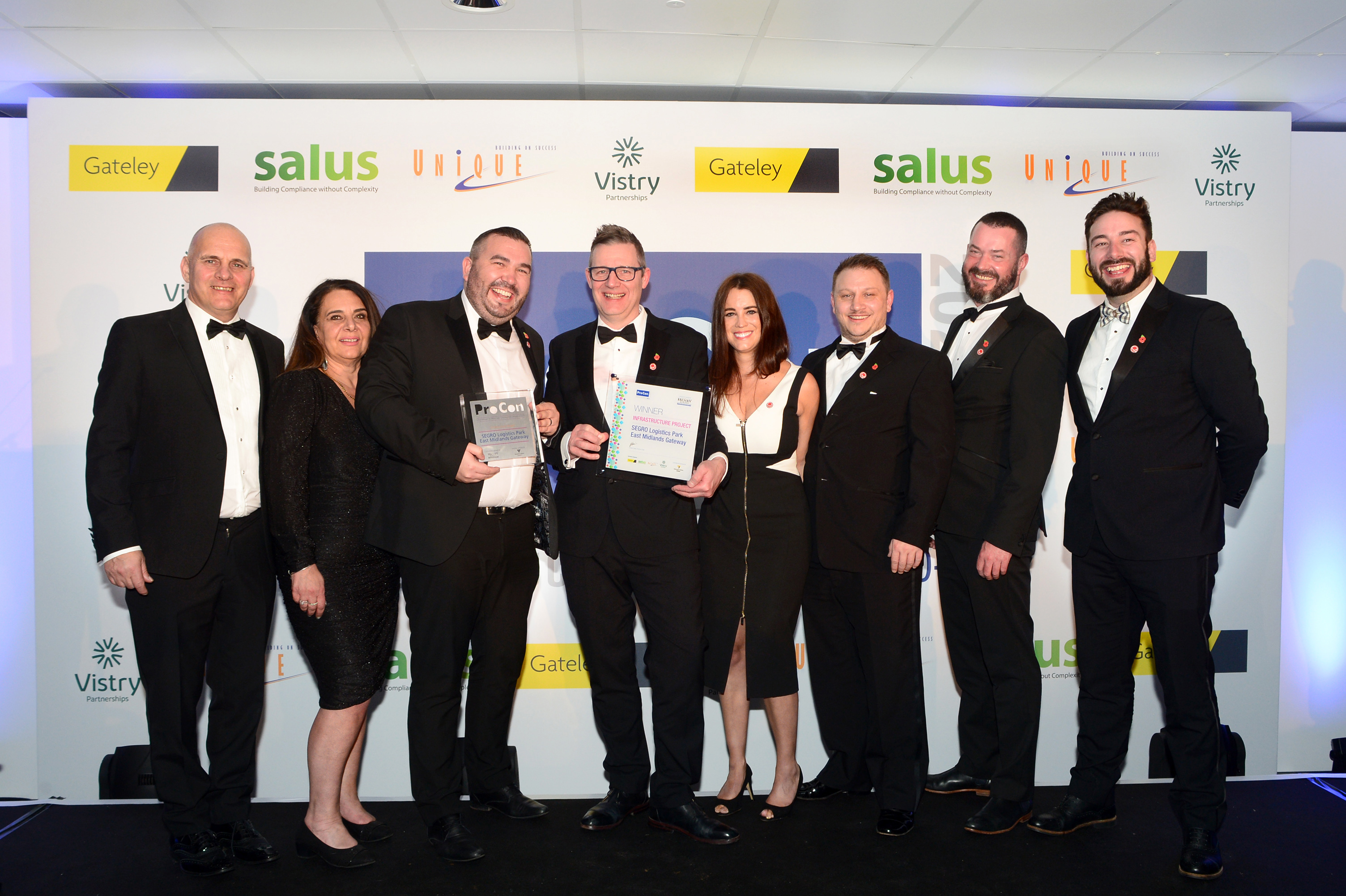 On Thursday, 11 November, members of the Winvic team took to the stage at the 2020-2021 ProCon Leicestershire Awards, held at Leicester City’s King Power Stadium, to collect the accolade for Infrastructure Project of the Year. 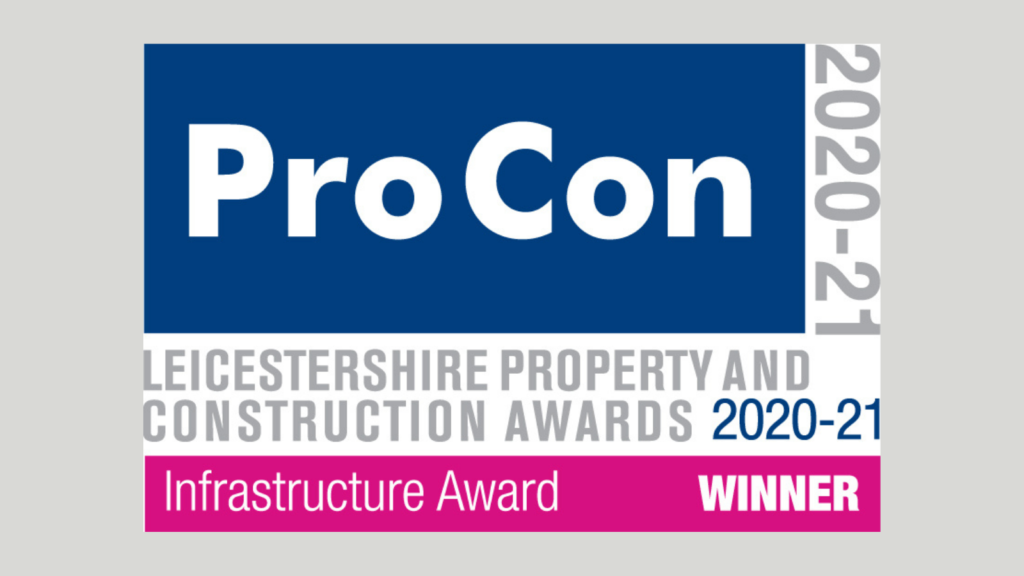 After the written entry was submitted, Winvic welcomed the seven ProCon judges to SLPEMG and gave them an hour-long tour of the 700-acre site, which has been transformed by Winvic from a blank canvas to a bustling inland port.

Entries for this category were invited for transport, highways, civil and structural engineering projects, drainage schemes, public realm works and also masterplanning projects. Judging criteria included areas such as the creative approach to the project including overcoming issues and challenges, construction quality and materials used, visual impact including integration into the surrounding area and demonstration of stakeholder engagement.

This is the third award that the project has won in recent years; for Phase 2 of the civils and infrastructure works, Winvic was awarded Construction Project of the Year in the East Midlands Property Awards and a Safety and Health Excellence Award. 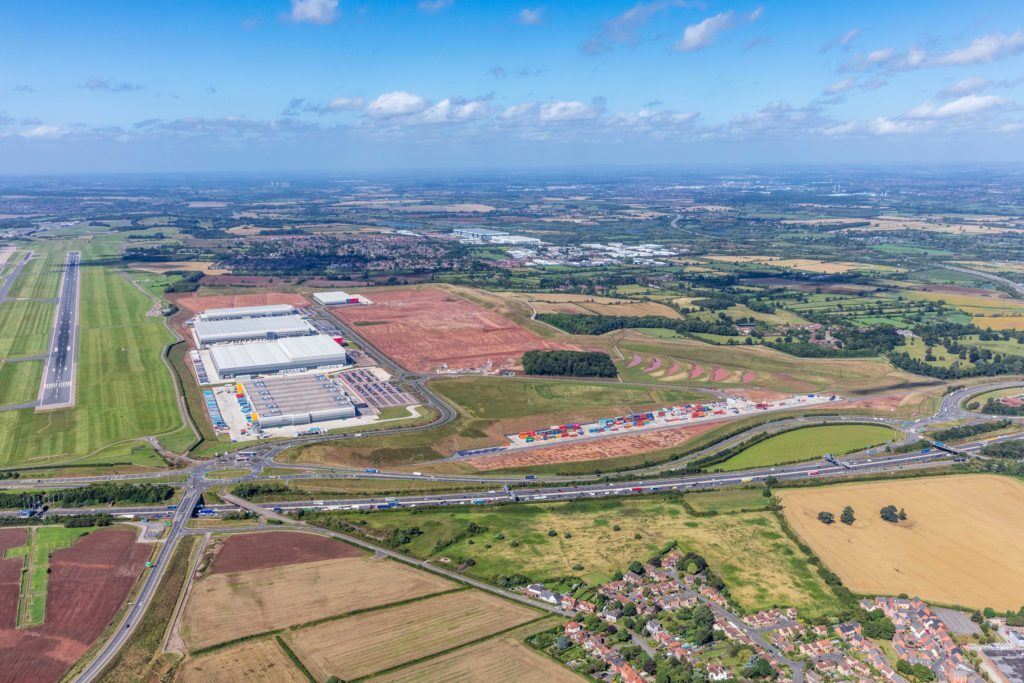 Mark Skelton who was the Project Manager for the civils and infrastructure works is now Winvic’s Contracts Director commented: “It was an absolute honour to once again attend an awards ceremony where Winvic and SEGRO Logistics Park East Midlands Gateway had been selected for the shortlist, and of course to then take to the stage to collect the winner’s trophy. We faced original, intricate challenges and engineering complexities, almost on a daily basis, and the team – which hit over 500 operatives at peak times – illustrated their expert levels of communication, planning and delivery skills at every turn. This 2020-2021 ProCon Leicestershire Infrastructure Project of the Year award is for them; every person who had a hand in successfully and safely delivering one of the largest civils and infrastructure, multi-agency developments in Europe deserves a huge thank you and they should be proud of their achievement.”

Having completed seven modern industrial warehouses for end-users such as Amazon, XPO Logistics and DHL and Winvic remains on site at the development located at junction 24 of the M1 to deliver a further speculative net zero facility.